[
The scientists wanted to see what made Wayne Gretzky so great, so much better than everyone else. So they checked to see if his eyes saw at a wider angle than other people. Nope, his eyes were normal. Then they checked to see if his brain was faster than other people's brain. Nope - normal. When the scientists were done testing, Wayne Gretzky said other players skate to where the puck is, and he skates to where the puck 'will be.' Penticton City Council is skating to where the puck is. MONEY MONEY MONEY is what the present city council is thinking - they are short sighted fools.

It's no conicidence the Challenge Triathlon lost $400,000 for Penticton - our population is aging. Things like Triathlons and waterslides don't excite us any more. Waterslides never did excite anyone and guaranteed it will become a HUGE eyesore for Penticton residents. Yet remember Dan Ashton promoting the Challenge triathlon? MONEY MONEY MONEY - short sighted fools. We lost $400,000 on that triathlon. And we'll lose on the waterslide too - wait and see.

One study in Virginia found people who live in the wealthiest neighborhoods with the most trees, greenspace and parks live twenty years longer. A friend of mine travelled to 39 countries in the world and he said we don't realize how incredible good we have it in Penticton, and he wasn't talking about MONEY MONEY MONEY. The beauty and value for health and relaxation of Skaha Lake Park outweighs MONEY by a hundred to one.

Skaha Lake Park is NOT underutilized. I wonder which genius came up with that brainwave of an idea. Skaha Lake Park makes us rich. Everyone in Penticton is rich right now thanks to the long term thinking of past city planners. And the current city council wants to make us all poorer because they don't have the ability to skate to where the puck will be. People are about as thrilled with waterslides as they are with triathlons now - as the population ages. Every rich person thinks long term. Penticton city council - short sighted fools - only think of some short term MONEY MONEY MONEY.

^ All the excited smiling in the world never helped that triathlon make money. Times change. Waterslides aren't exciting any more, but parks and greenspace are - as the population ages. How can Penticton city council be so dumb?
If you have to be persuaded reminded bullied pressured bribed incentivized, lied to, guilt tripped, coerced, socially shamed, censored, threatened, paid, punished and criminalized, to gain your compliance- the thing is no good
Top

I'm against the waterslides but it's posts like that that paint us all in a negative light. There are two sides to every story.
Top

Wow, I agree with Thinktank for once. The other thing that has killed waterslides in recent years are the skyrocketing insurance rates. You need a lot more people through your doors to turn a profit.
"No one has the right to apologize for something they did not do, and no one has the right to accept an apology if the wrong was not done to them."
- Douglas Murray
Top

Jakubeit said council decided to approve the development because they wanted to inject what he calls some vibrancy into Skaha Lake.

"It's different if we were going to put a dry cleaner or apartment building there, but we're putting [in] a water park and enhancing that area and creating more of a destination for visitors and obviously for our residents."

He added that the loss of a quarter of the park land is inaccurate because 10 per cent of the park is already being used for commercial development.

Jakubeit said he realizes change can be hard for many, but said that some previously contentious projects — such as the Penticton Trade and Convention Centre — have since become a success for the city.

"They are amenities that bring tremendous value and community benefit and we're all proud of those things."

He also said the development has financial gains for the city.

"We can use that money to enhance not just Skaha Park but other parks as well," he said.

Truths can be backed up by facts - do you have any?
Fancy this, Fancy that and by the way, T*t for Tat
Top

It'll cost us all not only money in the long term - but headaches.

Guaran-damn-teed.
If you have to be persuaded reminded bullied pressured bribed incentivized, lied to, guilt tripped, coerced, socially shamed, censored, threatened, paid, punished and criminalized, to gain your compliance- the thing is no good
Top

30 years down the road if the lease isn't renewed? Why?
Truths can be backed up by facts - do you have any?
Fancy this, Fancy that and by the way, T*t for Tat
Top

My brother was visiting this summer - decided not to pay for this attraction, with two kids.
I doubt he'd be thrilled to pay for a waterslide.

^ that's what it'll be in ten years.
If you have to be persuaded reminded bullied pressured bribed incentivized, lied to, guilt tripped, coerced, socially shamed, censored, threatened, paid, punished and criminalized, to gain your compliance- the thing is no good
Top

Doubtful and doesn't address why

It'll cost us all not only money in the long term - but headaches.

Truths can be backed up by facts - do you have any?
Fancy this, Fancy that and by the way, T*t for Tat
Top

Watson Lake, Yukon has less than 2,000 people, and they have a waterslide...

Cultus Lake has a great waterslide park. Its been around for more than 20 years and is still very popular. It seems, despite statements such as "Waterslides never did excite anyone", that lots of people like them.

Glacier wrote:Watson Lake, Yukon has less than 2,000 people, and they have a waterslide...

Lots of folks attend Atlantis Waterslides in Vernon (how long have they been going?). Penticton would benefit from the slides since so many miss the ones in West Kelowna.
Truths can be backed up by facts - do you have any?
Fancy this, Fancy that and by the way, T*t for Tat
Top

Thinktank wrote:this thread - only for people AGAINST Penticton Waterslide

Yeah right. Let's just stifle any opposing opinions, it will save us the terrible inconvenience of actually having to come up with an objective, reasoned argument. Let's make it an emotional issue so that pesky old concepts like reason and logic won't be such an obstacle to the political opportunism of a couple or three seasoned blowhards who want to see their names in the media. And let's enlist a flock of retirees who already have their money in the bank and don't care for things like the economic health of the community or its ability to appeal to the tourists who have been the life's blood of the city for decades. Yeah right, anybody who thinks a couple of acres out of our ample supply of greenspaces is a small price to pay for a big shot in the arm for Penticton should just go away and be quiet. Sure, let's follow the example you set so often Thinktank.
Heal the sick, feed the hungry, care for the weakest among us, and always pray in private.
Top

If enthusiasm for things made money - we'd be billionaires with Dan Ashton as mayor.

That waterslide will lose money - guaranteed. 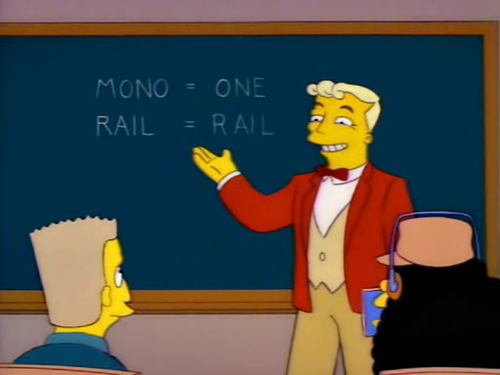 If you have to be persuaded reminded bullied pressured bribed incentivized, lied to, guilt tripped, coerced, socially shamed, censored, threatened, paid, punished and criminalized, to gain your compliance- the thing is no good
Top
704 posts