Saying Goodbye to a great Mom

A potpourri of off-topics.
26 posts

Saying Goodbye to a great Mom

I am sorry today inform those members who have met my mom ( Queen and Mr. K for 2) that she passed away 2 weeks ago on September 22.

She has always been a big part of my life, even helping encourage me right to the end.
For some reason her last dream was to see me finish my kayak restoration and me paddling it, which happened on her 83rd birthday 1 month and 2 days before her passing.
She also enjoyed an amazing canoe ride with a friend of mine and myself paddling her around Jewel Lake that day.

As for her life,
She was one amazing woman whom I am proud of.

She grew up on a dairy farm in Sherwood Park, Alberta. Interestingly enough when I spoke to the gentleman who bought it there was mention of a Moonshine operation on it, however mom says she knew nothing about it.
My most memorable story from this period was her and my aunt not liking the well drillers for speaking French.
So when these men went home for the night, they sewed the arms and legs together on their coveralls and filled them with rocks.

She then joined the military at a young age, and served in the airforce overseas. My understanding is she had top clearance although if she knew any secrets she took them with her.
While over there she played on their women's baseball team and they won the championship with zero losses all season.
I understand they even had a fun game in a prison against the inmates.
I was born sometime while mom was in Germany.

In later years, she divorced my dad when I was 2 and for the most part raised my sister and myself on her own.
She started up a successful small business in Chilliwack, distributing snack foods to stores, and when after she sold the business she moved to Midway and started a small Seabuckthorn orchard.
With this she went to Russia, and Germany to study the crop.
Plus she joined the ambulance service as a paramedic until her 65th birthday.

Oh, she also took a holiday on her own to Resulute Bay, and took a flight landing on the North Pole.

A couple years later she started running and jumping in the 55 plus games.
Where she won at least 1 medal every year, collecting over 40.

When she was invited to the Canada 55 plus games, in New Brunswick I had to talk her into going saying we could turn it into a 10 day Maritimes holiday. Where we also explored Nova Scotia and Newfoundland. Too bad we didn't have the time for PEI but it was still an amazing trip.
Oh she won a Gold medal in both Long Jump and Triple Jump while there.

However a month later she got a nasty case of the Shingles virus and never fully recovered from it.
In addition she never adjusted to her replacement pace maker earlier this year and was often in severe pain because of that.
While she was in Castlegar visiting me she asked me to call the ambulance and passed away 11 days later in the hospital.
Probably the toughest part was I wasn't allowed to visit her because of the Covids.

I have had more people walking up to me and calling me telling me how much she meant to them than I can imagine.

To be honest, the last several years I have always lived within 2 hours of Midway not really by choice, but so I was never too far away from my moms house to help her out whenever she needed it.
I have turned down a couple insanely paying jobs knowing I shouldn't leave.
I personally feel I made the right choices at the time.
Now that my mom has passed on I honestly don't know what I will do, but there is a chance it will involve moving further away
Top

Re: saying Goodbye to a great Mom

I am so sorry for your loss - my condolences. Your mom sounds like a very amazing woman and I can feel the love in your post. The experiences and memories live on and I wish you well.
Truths can be backed up by facts - do you have any?
Fancy this, Fancy that and by the way, T*t for Tat
Top

Sorry for your loss.

My Mom passed away earlier this year as well. She was 95.
I might look normal but believe me, I talk to animals and wait for them to reply.
Top

Oh Stuphoto, My Heart is broken for you.

Hugs to you Stuphoto. Our condolences to you for you loss, I know your mom meant so much to you. She was so fortunate to have you for a son. Your love and admiration for your mom shone through even for that time all four of us visited.

Her life story as you laid it out is so remarkable it is difficult to believe how such a tiny lady lived it, at a time when things were so different.

May she rest in peace knowing what a wonderful family she raised and that is the most important thing in the World.
Last edited by Queen K on Oct 6th, 2020, 7:28 am, edited 1 time in total.
If Putin stopped, he'd be saving Russian lives as well. Never thought the right would have a field day but June 24/2022 it is.
Top

I am sorry for your loss. Your tribute is simply beautiful and is full of the love that was obviously felt.
I haven't failed until I quit.
Top

Condolences on the loss of your mother. I know how hard it is to lose a parent, and not being able to see her in her final days must have made it even harder on you. But continue to focus on all your happy memories of her, because it will help. I lost both my parents years ago, yet I regularly still think of the many memories we shared, and it always brings me comfort.
"In a world swathed in political correctness, the voting booth remains the final sanctuary where the people are free to speak" - Clifford Orwin
Top

Stuphoto, that baseball photo of her, is it possible to scan it and post it here? Just so sad for you.
If Putin stopped, he'd be saving Russian lives as well. Never thought the right would have a field day but June 24/2022 it is.
Top

I'm sorry for the loss of your mom, stuphoto.

What a great tribute you wrote! I add my sincere condolences to the others you have received.
You and 71 others Like this post
Top

I am sorry for your loss. Your post inspired me to call my own mom (in a care facility) today.
Bring back the LIKE button.
Top

Oh Stu :( No words can help. I would have enjoyed meeting your Mama.. she was a force to be reckoned with !
You decide to come to K town msg me, we can have a toast in her Honor.
Tips for surviving the heat wave.
Drink lots of water
Don't test me
Top

I'm not good at these but...sorry about your mom. Spread her love and joy through yourself onto others.
Top

Thank you for the warm respond everyone

Here are the photos from the baseball game. 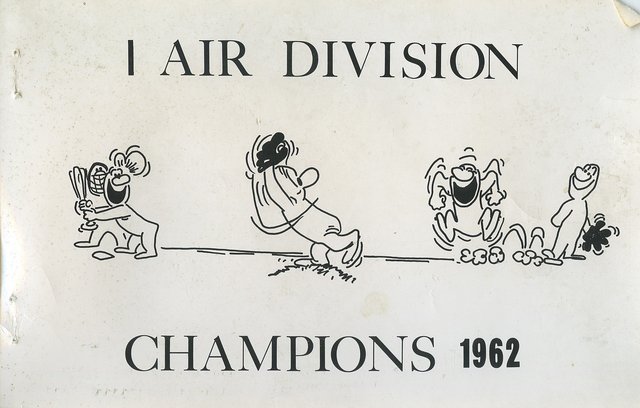 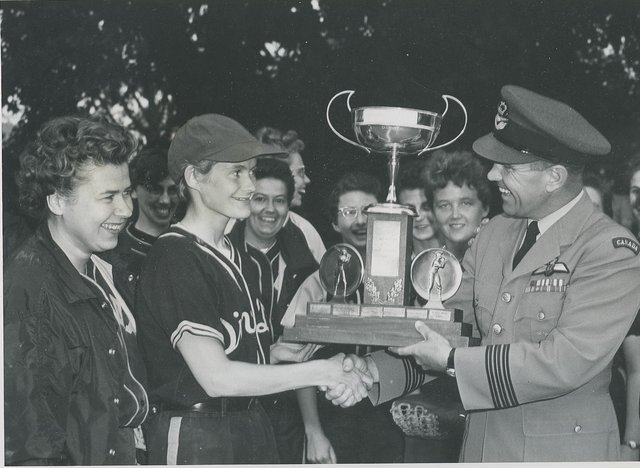 From what we could tell my mom is the short one wearing the dark jersey around the middle of the front row. 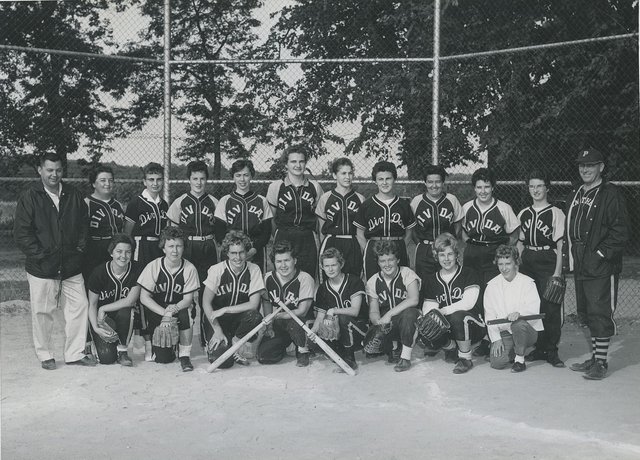 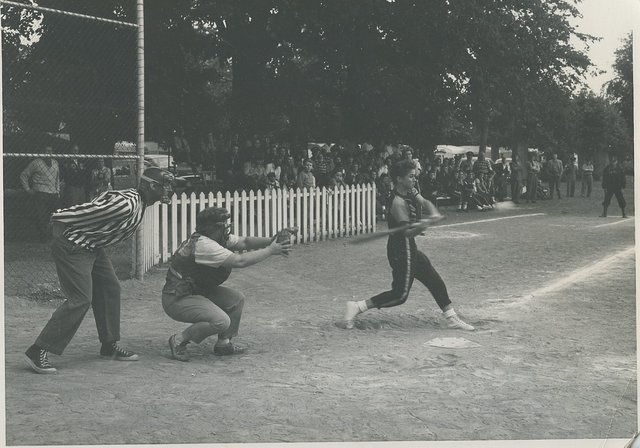 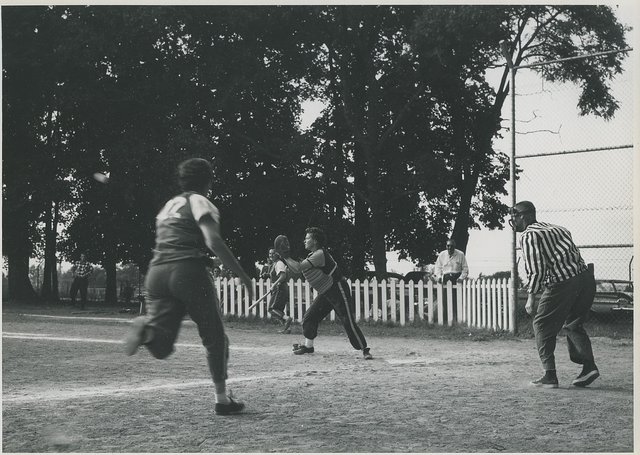 I do wish they would have listed who wore what number.

Thanks for the renewed memory Stuphoto. I am sure you are suffering hard though this time. Hugs again.
If Putin stopped, he'd be saving Russian lives as well. Never thought the right would have a field day but June 24/2022 it is.
Top

Those pictures are AWESOME!!
Truths can be backed up by facts - do you have any?
Fancy this, Fancy that and by the way, T*t for Tat
Top
26 posts