A Fictional Court Case: Did the cancer kid get justice?

A Fictional Court Case: Did the cancer kid get justice? 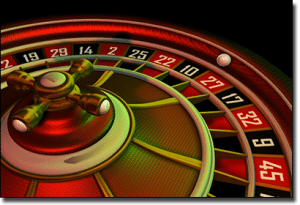 You have a 50% chance of getting cancer. But you have a zero percent chance of getting paid if some product caused the cancer because it's IMPOSSIBLE to prove in court. This fictional court case might not be so fictional - it might happen in the future, so this topic absolutely belongs in "Health." Not Grab Bag or Funny Jokes or Conspiracy.

Johnny Poorkid vs Corporation Mart, BC Schools, and Bonnie Henry

Ten year old Johnny Poorkid was given a "disposable" mask by Corporation Mart in April, 2020. These masks are meant to be used once only, for fifteen minutes while the customer is shopping at Corporation Mart. At Penticton school Johnny Poorkid was forced to wear a mask when playing soccer by his teacher, Miss Dumbella Follow-rules. When Johnny got lung cancer three years later, doctors determined the cancer was caused by fibres that came off the mask Johnny wore, while playing soccer to "protect" them from the C19 virus.

Corporation Mart's lawyers argued the masks were only meant to be used once - the package clearly said disposable, and they said Johnny Poorkid - who wore the same mask over and over for months until the fibres just fell off straight into his lungs - was negligent, and stupid, for not knowing what "disposable" means.

Millions of these masks are given free to people in Canada and some stores make the wearing of masks mandatory, so who is to blame when a poor person uses the mask a hundred times until the fibres literally fall off right into his lungs?
- The mask manufacturer in China?
- The Corporation that gave millions of them free?
- Bonnie Henry who encouraged everyone to wear a mask?
- The school, who forced the kid to wear the mask?
- or the poor family, who just never paid attention to the fibres on the twenty cent mask and saved money by re-using it? They were saving the environment when the kid got cancer.

Johnny Poorkid never got $1 million, and his parents were ordered to pay court costs.

causes-cancer.jpg
You do not have the required permissions to view the files attached to this post.
“In the entire history of mankind there has never been a political elite sincerely concerned about the wellbeing of regular people. What makes any of us think that it is different now?”
Top
1 post • Page 1 of 1