dirtybiker wrote:I''ll cherry pick a few points from an excellent article I read on
the subject matter that raises some very valid questions and
concerns.
From the article "National Kneejerk" by Scott Casey

Great article and has lots of very valid points and questions. But, in my opinion, it's something that has to be done, and as you pointed out, it's much more complex than most realize, so its best we get on it, lay a foundation and goal and tackle each step one by one until we've got it figured out. Things don't change overnight, but we have to stop this behaviour of constantly putting things on the back burner just because some yells out "hold on a minute". If there is a concern, find a solution.
Top

I know that the driver killed himself this time, but another senseless trucking fatality.
https://www.castanet.net/news/BC/252669 ... nker-spill
This time polluting a river with diesel and gasoline from the trailer.

These trucks are harder to drive than any other road legal vehicles in North America, so the drivers should be nothing but the best.
Top

The trucking industry and government officials needs to clean it's self up.... 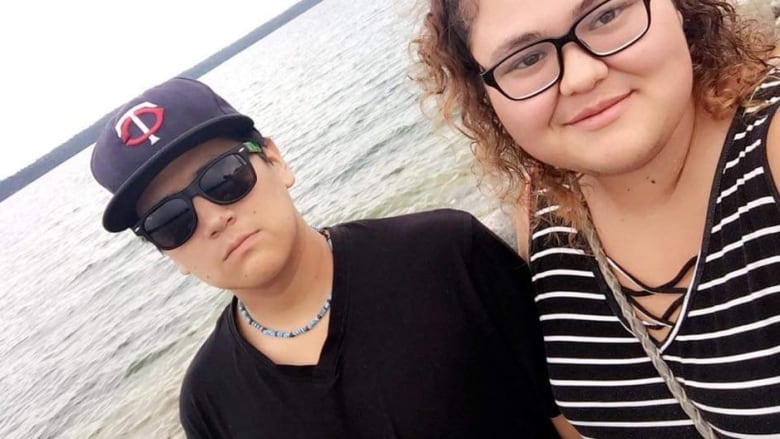 Carley Hunking, right, and her boyfriend, Dorian Roulette, were killed when a semi collided with their car on Aug. 27, 2017.

The families of two young people killed in a 2017 Manitoba highway crash say they don't feel any sense of closure after a guilty plea in a Portage la Prairie courtroom Wednesday morning.

Gurjant Singh, 24, was initially charged with criminal negligence and dangerous driving causing death after the truck he was driving ran a red on the Trans-Canada at Highway 16, just west of Portage la Prairie, in August 2017.

Singh pleaded guilty Wednesday to a lesser charge — the Highway Traffic Act offence of careless driving causing death — and was given a $3,000 fine and a one-year driving suspension.

The court was told Singh came to Canada from India in 2013 as a student. Now on a work visa, he has been out on bail since 2017. He hasn't been able to work since the accident, because the conditions of his bail prevented him from driving.

Thor Heyerdahl Says: “Our lack of knowledge about our own past is appalling.
Top
633 posts