This one deserves its own thread.

Bains has been quietly ushered out by the Liberals as they try to cover up this massive corruption scandal. It's interesting that the Indian media is exposing more that our local media. Bear with the translation's grammatical struggles.

This one has all the hallmarks of Liberalism, and hopefully more will come to light as the RCMP continues its investigation. I'd put bets on Bains being charged criminally when enough time elapses to distance him from Justin Trudeau's involvement in this!

New Delhi: The resignation of Navdeep Bains, Canada’s Minister of Science, Innovation, and Industry has surprised many across the world. Experts observing Canadian politics underscore the fact that the development is not as simple as it looks. Rather, it should be seen as an attempt by the ruling Liberal Party to save itself from frequent embarrassments on corruption charges and the toil to cover those cases up.

Earlier this week, Canadian Minister Navdeep Bains publicly declared to resign from his post and quit politics on personal grounds - to give more time to his family.

In November 2018, The Pointer exposed the news of corruption in a land deal and highlighted that Brampton Mayor Linda Jeffrey's chief of staff Hasneet Punia had shared confidential details regarding a deal of a piece of land measuring 20-acre to Navdeep Bains, and another liberal MP Raj Grewal.

The expose shocked Canada and uncovered the brazen corruption practiced by the lawmakers. Subsequently, the Brampton council ordered a third-party investigation into the matter and sent its details to the Royal Canadian Mounted Police (RCMP).

The case of corruption in the land deal is itself an interesting one, underscoring the sharpness of the two liberal MPs in practicing corruption and cleaning their hands at the same time. In fact, after receiving information from Hasneet Punia about the planned land purchase, local businessmen with links to Navdeep Bains and the Liberal Party purchased that specific piece of land from the Ontario Province and then sold it to the Brampton City at a much higher price than what the City was planning to offer initially.

The land the city was planning to purchase for an amount of $3.3 million, eventually cost the city $4.4 million - an extra $1.1 Million on accounts of the public exchequer - hard-earned money of the taxpayers. The company involved in the land deal was Goreway Heaven and one of its directors, Bhagwan Grewal, accompanied Prime Minister Trudeau to his infamous trip to India in 2018. Besides, about half of its directors have been making handsome donations to the Liberal Party.

On investigation by the RCMP, it was found that Grewal, now a former MP, was a history-sheeter in corruption and has been practising it on a blanket basis at various levels. In September 2020, Grewal was charged for corruption on five major grounds, including fraud and breach of trust for misusing his constituency budget while serving as an MP.

Local sources argue that the reason behind stepping down of Bains might be a preemptive attempt by the Trudeau government to save itself from a major embarrassment as the RCMP has already found enough evidence to prove charges of corruption on Bains in a number of cases. The Liberal government is already trying to cope up with popular sentiments against the party after stepping down from the Finance Minister on corruption charges in August.

However, this is not the only case of corruption that Bains is involved in. The name of Bains emerged in the infamous Fort Erie gurdwara scam last year as well. The gurdwara has sponsored three religious preachers from India and got them special visas from the Ottawa administration. Later, it was discovered that the gurdwara has not even been operational and was used as a cover by Bains and his associates to bring in immigrants illegally from India to Canada.

Yes it does deserve it’s own thread , I believe we posted at the same time. I posted under the trudeau topic
Top

I do wonder if there is a link between the infamous Trudeau trip to India, Bains and this scandal.
If Putin stopped, he'd be saving Russian lives as well.
Top

Why is it suspiciously quiet on this subject ? Where are the liberal deniers and apologists? It’s like the embarrassment has caused the sounds of silence.
Top

Trudeau's government is reminiscent of the corruption that went unchecked in Yanukovych era Ukraine. The current Ukrainian government of Volodymyr Zelensky is throwing crooked officials in jail by the dozens, while corruption under pathetic beaver face Trudeau is running rife. Brian Mulroney's conservative government was a saint compared to the crooked liberals of today, and the Chretien era. Once the party of Catholics - the Liberal party has no integrity at all today - Trudeau Sr's government still had some semblance of integrity.

"Liberals are like Christmas lights. Those that do work don't shine too brightly."
Top

Queen K wrote:I do wonder if there is a link between the infamous Trudeau trip to India, Bains and this scandal.


The land the city was planning to purchase for an amount of $3.3 million, eventually cost the city $4.4 million - an extra $1.1 Million on accounts of the public exchequer - hard-earned money of the taxpayers. The company involved in the land deal was Goreway Heaven and one of its directors, Bhagwan Grewal, accompanied Prime Minister Trudeau to his infamous trip to India in 2018. Besides, about half of its directors have been making handsome donations to the Liberal Party.

Note to self: read the whole thing, not the first paragraph.
If Putin stopped, he'd be saving Russian lives as well.
Top

Like a lot of people in public life that 'resign' for family reasons, or health, etc., there's probably a bombshell coming soon.

Personally I don't think you can control 100% of all the actions in everyone in your party all the time.
O'Toole is finding that out right now (noted, a very minor speedbump compared to misuse of public office).
However, you'd have to be stunned not to add this to the Morneau list!
And the WE scandal.
A charity donation to some strange dude that owns a vacation island.

It isn't just Bains, it's a steady train of entitled clowns that's been pretty consistent.
That is the scary part.
Top

Now Trudeau has turfed MP Ramesh Sangha because Mr Sangha spoke about Bains' abrupt resignation. You just know Justin is trying to shovel dirt over this whole scandal, hoping to bury it. 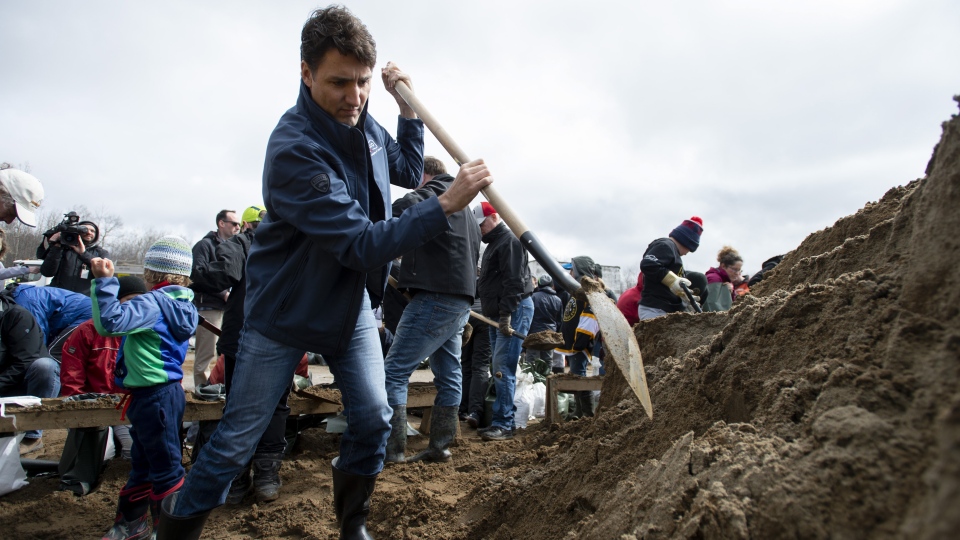