Trump has been encouraging his supporters to get vaxed for months which you would know had you done a simple search.

Trump Encourages His Supporters To Get COVID-19 Vaccine


"I would recommend it, and I would recommend it to a lot of people that don't want to get it. And a lot of those people voted for me, frankly. But, you know, again, we have our freedoms and we have to live by that, and I agree with that also," Trump said during an interview with Fox News on Tuesday. "But it's a great vaccine, it's a safe vaccine, and it's something that works."

The false dichotomy of left vs right means nothing in the halls of power. Love thy neighbor. This is the way.
Top

This is some pretty funny stuff. Especially Scott Baio getting badgered by his wife mercilessly.

Trump's quote:
"I'm going to surround myself only with the best and most serious people."


Nine lawyers allied with former President Donald Trump face financial penalties and other sanctions after a judge Wednesday said they had abused the court system with a lawsuit that challenged Michigan's election results in favor of Joe Biden.

Omnitheo wrote:
Unsurprisingly this was thrown out.

I am surprised how unsurprised all of the Far Left is that this was thrown out by the US Supreme Court. After subjecting us to thousands of hand-wringing posts about how the Repubs and Trump were "stacking" the courts with far right religious judges who would just do their bidding, aren't any of you at least a bit surprised at this lack of partisanship and this adherence to the rule of law by these supposedly horrible Trump-appointed judges? Or could it be that all of that blathering about ACB and Kavanaugh was just that - brainless alarmist blather?

The women of Texas would like to have a word with you. 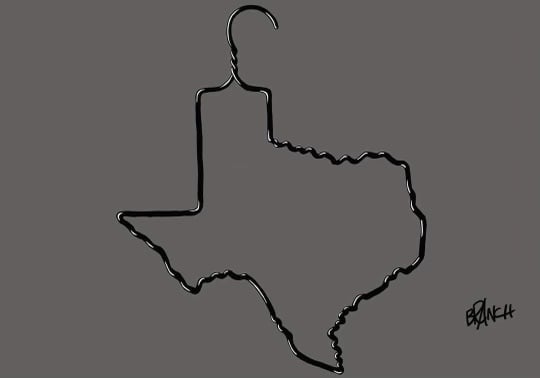 "Every dollar you spend is a vote for what you believe in."
"My country is the world, and my religion is to do good."
Top

Trump's ringside commentary on the 20th anniversary of 9/11. Short but sweet.

Please don't blame me. I didn't 'remove' it.

So glad the Con Man, disgraced, twice impeached, one term President is no longer in power.
I can't even imagine what another 4 years with this guy in the White House would have been like.


Similar to other media reports and books released since Mr. Trump left office, the book details how Mr. Trump’s presidency essentially collapsed in his final months in office, particularly after his election loss and the start of his campaign to deny the results. Top aides — including General Milley, Defense Secretary Mark Esper and Attorney General William P. Barr — became convinced that they needed to take drastic measures to stop him from trampling on American democracy or setting off an international conflict, and General Milley thought that Mr. Trump had declined mentally in the aftermath of the election, according to the book.


This is a thread about Trump. Trump isn't a "con man", isn't disgraced, and wasn't impeached twice, other than a vote by a corrupt and disgusting and totally evil Dem-run congress, headed by the dim-witted idiots Peloser and Pencil-neck Schiff. It's so sad that the US lost a great president and now are stuck with the senile boat-anchor Biden.
Liberals are dumb dumbs. And also gay-hating racist misogynists.
Top

PoplarSoul wrote: ↑Sep 14th, 2021, 11:38 am So glad the Con Man, disgraced, twice impeached, one term President is no longer in power.
I can't even imagine what another 4 years with this guy in the White House would have been like.

Not only is Trump a disgraced con man who was twice impeached before his embarrassing loss to Joe Biden, he’s also a fragile snowflake who tried to stage a coup and overthrow democracy because his fragile ego couldn’t handle losing so badly and so publicly. It’s sad that the US had a president who was such a loser he wouldn’t even concede to President Biden.
In their desperation to avoid being sheep the unvaccinated became lemmings who are following each other off a cliff.
Top

"Justice for J6 Rally: What to Know About the Pro-Trump Event in DC"

And I wonder if the former 'headliner' is planning to show.
"Endure and survive."
Top

Trump was such a loose cannon that the Joint Chiefs of Staff, the top commanders of the US military, went to the extreme lengths of calling China late in Trump's term in office, to let the Chinese military know that no attack was planned on China. The commanders were so afraid that Trump would push the button to start a war that they called. Donald was the biggest mistake the US ever made.

bob Vernon wrote: Donald was the biggest mistake the US ever made.

The Trump "presidency" and its fallout will long be remembered as a dark stain in American political history.

Donald Trump just proved he is

Donald Trump is, at root, just an overgrown kid. And not in any good way.

Trump's childishness shines through in an excerpt from the soon-to-be released book by authors Bob Woodward and Robert Costa detailing the then-President's attempts to cajole then-Vice President Mike Pence into overturning the 2020 election.
Here's the key passage -- picking up at Pence's refusal to do Trump's bidding:

'No, no, no!' Trump shouted, according to the authors. 'You don't understand, Mike. You can do this. I don't want to be your friend anymore if you don't do this.'"

Start here: As an adult, can you imagine ANY circumstance in which you would tell another adult "I don't want to your friend anymore"? Like, taking all of politics and the stakes out of this, and it's just not the sort of thing a normal adult would say to another adult.

The reason is simple: Trump is deeply childish.

Consider it: He is remarkably self-focused. He wants what he wants when he wants it. And when he doesn't get what he wants, he throws a temper tantrum.

His presidency is littered with evidence of this behavior.

People will be talking about Trump for decades to come. From the acolytes who continue to double down on their excuse making and defense of their enabled grifter, to the detached historians who will muse on the circumstances that allowed such an unqualified conman to be elected to the most powerful position in America and bring shame to their democracy. If only the world could forget about this one and done president, but the decaying and putrid GOP is fighting to its last breath to bring fascism to America under the Trump banner. What an embarrassing time to be a Republican.
Crying about not having freedom of choice without having to accept responsibility
for the consequences of that choice isn't about freedom - it's about adolescence.
Top

Worst president ever and every day seems to bring another occurrence of his ineptness:

The top US general secretly called his Chinese counterpart twice over concerns then-President Donald Trump could trigger a war with China as his potential election loss loomed and in its aftermath, according to the Washington Post newspaper.
US General Mark Milley, the chairman of the Joint Chiefs of Staff, called General Li Zuocheng of the People’s Liberation Army on October 30, 2020 – four days before the election – and again on January 8, two days after Trump supporters stormed the US Capitol, the newspaper reported. Milley made the comments on Tuesday.
Top
17282 posts