The Need for a New Political Party in BC

The Need for a New Political Party in BC

Almost everyone I have talked to (online and off) seem very dissatisfied with two major parties in the province.

If someone were to start our own party, what would it look like? What policies would implement? What name would it use? How will they generate support?

Glacier wrote:And most importantly, who is going to get off their fat *bleep* and actually start the ball rolling?

You volunteering?
You cannot reason someone out of a position that they did not use reason to arrive at.
Top

Prediction: If a new political party were launched in B.C. most people would be dissatisfied with it.
Top

Urbane wrote:Prediction: If a new political party were launched in B.C. most people would be dissatisfied with it.

Absolutely no kidding !
Back with a vengeance
Top

How about no political parties, that might be a step in the right direction.
Hafa adai
Top

Bsuds wrote:How about no political parties, that might be a step in the right direction.

Can't do without political parties! But anyway, how about a break from the Left Coast mentality that seems to inevitably infect politics in this province. I'd support a true conservative party, and its existence would at least provide a counterweight to the Dippers. And yeah, I know there once was a capital-C conservative party and it apparently died due to lack of interest. Maybe things have changed sufficiently since then.
“Certain things cannot be said, certain ideas cannot be expressed, certain policies cannot be proposed.” -- Leftist icon Herbert Marcuse
“Don’t let anybody tell you it’s corporations and businesses create jobs.” -- Hillary Clinton, 25/10/2014
Top

why not adopt the government style of Nunavut?

i bet more people would run for office,
if they didn't have to be Liberal, or NDP.

i'm sure blocs may form and the like,
but that should not be a concern.. 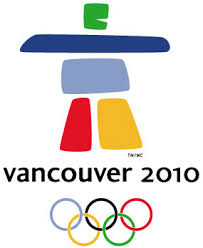 It is time for people to become aware, of what the current system is and the real positions of the
current parties. The fact is you can have ten parties and if we are not involved in any of them we
will be wanting another party. Get involved, make your views known and as a party member of
your choice you can ensure change. I have been involved for decades in a political party from time
to time, and I tell you the disconnect is that people believe what they believe, in many cases based
on second hand information rather than on their own efforts to get facts to support their own point of view. I am not saying chose one over the other, I'm saying do your homework and form your
political opinion based on facts
Top

i bet more people would run for office,
if they didn't have to be Liberal, or NDP.

i'm sure blocs may form and the like,
but that should not be a concern..

Elect the people you want (after they express interest of course) then put them in a big room all together and tell them what you (the people who elected them) want them to decide and implement and, above all, HOW MUCH IS IT GOING TO COST!

eyepop wrote:why not adopt the government style of Nunavut?
"..The members of the Legislative Assembly of Nunavut are elected individually; there are no parties and the legislature is consensus-based. The head of government, the premier of Nunavut, is elected by, and from the members of the legislative assembly...."
i bet more people would run for office, if they didn't have to be Liberal, or NDP.
i'm sure blocs may form and the like, but that should not be a concern.. in a democracy.

I‘d like to also suggest I don’t believe we actually need a new political party. As a political paradigm I would be in complete support of a centrist Liberal government. Pulled from Wikipedia; “Liberalism emphasizes individual rights and equality of opportunity. which encompasses support for: freedom of thought and speech, limitations on the power of governments, the rule of law, an individual's right to private property,and a transparent system of government." Social liberalism is a political position that supports heavier regulation of the economy and more proactive welfare. Moreover, social liberals actually recognize the growing disproportionate accumulation of wealth and power by a small group as a threat to our continued liberty.

As an established paradigm and party, there would be no need for the electorate to fear supporting something completely unknown. Promotion of business and free enterprise could coexist with the promotion of social justice and equal opportunity. A party running under the Liberal banner could easily be successful in this province.

We don’t need a new political party here in this province. We simply need to oust the criminals currently running the government we have.
A day spent in defense of freedom of speech is a day spent in the company of bigots and hate mongers. – Omid Malekan
Top

Glacier wrote:And most importantly, who is going to get off their fat *bleep* and actually start the ball rolling?

I will say I find it really frustrating how we seem to have little long term planning in this province. In many places in the world, governments are planning their infrastructure 100 years in advance.

This is the kind of things that the provincial Liberals love to hear and promote, that way they can split the vote and stay in power. I suggest you all start a conservative party.
Top

All the same at the end of the day IMO no matter the party. It's the "new era" politics Campbell promoted and all parties now have to play the game the same way - it's all about saying what is necessary to get votes - then marketing/selling your way out of it if necessary using taxpayer dollars if a party gets to form government. Manipulation of the electorate through media manipulation and marketing is really nothing new, but the Campbell Liberals have moved it to a whole new dimension IMO. We have even seen it with the Olympics snake oil salesmen. When it comes to sales(wo)men (and now salespoliticians), the old concept that "they all lie" should never be forgotten. We think we elect folk to "represent" us, when in fact nothing could be further from the truth. The majority of them who get elected are "managed" just like the media and the electorate (if they know what is good for them ;-) )

When I see how the sale of BC Rail was engineered in secret even while appearing to maintain the election commitment that it was not for sale, I cannot help but wonder now about BC Hydro as possibly being next if we relect these guys...
...sorta strange they seem so protective of ICBC?
Nab

Full article goes on to detail how the Campbell government moved from an election promise not to privatize BC Rail through engineering to do just that, including....

""...Within months of taking office, Mr. Campbell was being advised that a key part of his transportation plan should be selling BC Rail. "Let the market drive public policy, for so goes the economy of the province," states one internal government note that, like many of them, has the sender's identity blanked out....

The files do not reveal Mr. Campbell's response. But throughout 2002, he repeated his "New Era" campaign promise not to sell BC Rail.

In an Aug. 19, 2002, e-mail to a BC Rail employee, name blanked out, Mr. Campbell couldn't state it more clearly: "I assure you that the government is not looking at the privatization of BC Rail as part of our transportation strategy."

By that fall, however, Mr. Campbell was meeting with officials from other railways, including Matthew Rose, president of Burlington Northern Santa Fe Corp., which would later become a bidder along with another U.S. company, OmniTRAX.

And while publicly denying BC Rail was for sale, the government began secretly preparing to announce the deal. A file marked "confidential" shows that by November, 2002, the government had a media plan drafted.

"The communications strategy presented in this document has been prepared to provide guidance for planning and implementing an announcement regarding a decision to sell the industrial freight division of BC Rail," it says.

It notes the "New Era campaign promise 'not to sell or privatize BC Rail' " will cause problems, but tells ministers to focus on the demand of BC Rail customers for better service, and on the "serious financial risk to BC taxpayers" posed by the railway's $639-million debt.

It says supporters should be lined up in advance.

"The key spokesperson(s) will be media trained prior to the announcement using key messages and master Q & A document. ... In advance of the announcement a select group of customers and supporters will be provided with relevant factual information and messages to support the sale announcement and respond to media enquiries," it states.

And the strategy sought to have officials "make calls to select business media" to help guide coverage. "The decision to sell would be positioned in terms of a response to overwhelming evidence against retaining the freight railway in government hands," it says.

Full article: http://www.theglobeandmail.com/servlet/ ... ional/home
"He who controls others may be powerful, but he who has mastered himself is mightier still." - Lao-Tzu
Top

Totall agree with NAB. We are again in a democratic dictatorship. Starting a new party will attract the same people. Socreds, Liberals and Conservatives are all the same provincially. Will the BC Obama please stand up. We definately need you NOW!
Top

As just a small example, for the next week or so people, particularly people with kids, are going to once again go through the machinations of trying to adjust their body clocks to having to get up an hour earlier each day. Whether one agrees with the twice annual changing of the clocks or not we have no choice in the matter. (I do not agree with it for a variety of good and valid reasons - but that's for another discussion sometime). For the purposes of this thread, the point being that government manipulation of something as basic as "what the time is" enables them to dictate even the point that we must get up in the morning - twice a year disrupting millions of business schedules and lives (even costing some) worldwide in the process.

Edit to add: Just the freakin job of having to go around and reset all the clocks in my life wears me out for the day. (22 of them at last count, plus replace the batteries in the smoke detectors :-( )

Nab
"He who controls others may be powerful, but he who has mastered himself is mightier still." - Lao-Tzu
Top
63 posts