All things Olympic, be it the games themselves, economic impact, political comments, rants, raves . . . anything and everything Olympian goes here.
4 posts • Page 1 of 1

It is time to support an endangered species instead of those half whale, half Japanese cartoon characters.

Save the environment and support MukMuk! 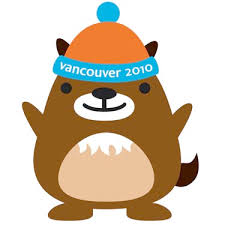 Pity MukMuk. While his friends Quatchi, Miga and Sumi gallivant off everywhere entertaining children in the lead up to the 2010 Olympic Games, MukMuk the marmot is left to pick up the trash and tag along behind. For those of you who don't know poor MukMuk, he's the virtual reality sidekick to the Vancouver 2010 mascots. He lives mainly in cyberspace. Well, cyber jail, really, because he doesn't get out much.

A group calling itself the "MukMuk Mascoteers" today announced that a rally and march have been organized for Tuesday, Feb. 23, to politely request full mascot status for MukMuk, the official Olympic sidekick.

Uniquely Canadian, MukMuk is a Vancouver Island marmot: one of 14 marmot species worldwide and one of the most critically endangered mammals in the world. He's also the only real animal of the lot, with Quatchi, Miga and Sumi representing elements of local legend and First Nation culture.

My kids love Muk Muk, he's their fav. I like Quatchi.
Every Relationship Is Give & Give
Top

What is up with that?

I bought my daughter an Olympic sweater/pants outfit, it came with a sticker kit also.

She was quite disapointed that poor little Muk Muk was not included in this.

She even made up a song to the tune of Rudolf the Red Nosed Reindeer!
"Don't 'p' down my neck then tell me it's raining!"
Top

I'm sorry, but Muk Muk looks like a fatter version of Mr. Hanky the Christmas Poo.
Sarcasm is like a good game of chess. Most people don't know how to play chess.
Top
4 posts • Page 1 of 1