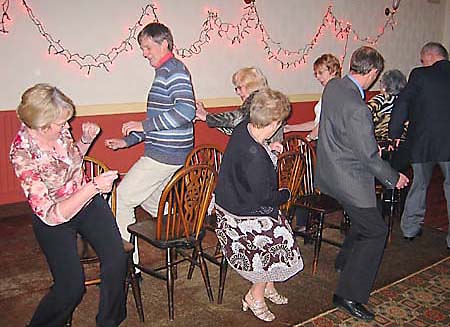 Carol Gran wrote:Today I have submitted my nomination papers for Councillor. As a former member of Kelowna Council, I am greatly concerned about the level of frustration in our community and have put my name forward to bring better balance to Council.

Frustration. Like spending hundreds of thousands of dollars on stainless steel sculptures, millions on a "wet" drug hotel with housekeeping services and concierge, thousands on a pine cone logo's and that albatross of a pedestrian walkway over 97 that has only been used twice.

Carol Gran, who served one term on council from 2005 to 2008, is the latest high profile candidate to take a shot at what she says is a lack of leadership on council.

Council candidate Gerry Zimmermann and mayoralty hopeful Walter Gray also cited leadership as the number one issue when they announced their intentions to run.

Ah, "leadership" is the problem on council. Leadership.
The “process of social influence in which one person can enlist the aid and support of others in the accomplishment of a common task".

You bet it is. The current crew couldn't organize a pissup at a brewery.

Left out? How about driven out.

Carol Gran -Aug 20, 2008 wrote:"My greatest concern is we have a good representation of our community, and not just people who are looking for jobs. If you need a job and you can't find one, then this isn't what you should be doing."

Well that pretty much sums up the current council.

Not afraid to say "It".
Top

LOL!
You can try and dirty my name, but I'll wear your hate like war paint
Top

What did she accomplished in her first 3 year term? Imo, she is looking for some extra $
Top

I think it's important to remember that Gran had to be reminded by the mayor that she was suppose to attend council meetings after a lengthy time away. I think she missed something like 30 days.
Top

"Not being there" is a trait shared by the balance of council. Gran's crime was that she got caught on paper.
Not afraid to say "It".
Top

honestly, the photo was just too good!
You can try and dirty my name, but I'll wear your hate like war paint
Top

Did she now all of a sudden have a falling out with family and there is no need to be with them anymore??? Or does she want the $$$$ again and miss meetings while collecting the $$$$ and continue the visits????
Top

Just so you know....the information you`re spreading is incorrect.
I don`t normally respond to gossip but sometimes it`s necessary and
this is one of those times. It`s nice to see people taking an interest
in the political process but if you want to be taken seriously, use your
real name, as I am doing. I am running because I care, don`t need the
money and have never been reprimanded by the Mayor, yes I did take
one three week holiday in May of 07 to visit family. Have a nice day.
Top

hmm, you did state in an interview you were not running again as you wished to spend time with family. As well there was no mention in the article I read that you were on holidays, just that you were absent missing some major issues.
"Carol Gran Absent
by Jason Lamb - Power 104 - Story: 30292
May 29, 2007 / 11:00 am

One face has been noticeably absent lately at Kelowna City Council.

Councillor Carol Gran has not attended the last several council meetings, missing some major issues in the process.

Mayor Sharon Shepherd says she's been out of town and will be coming back soon.

If a councillor misses 60 days worth of meetings, they can be ousted from their council seat.

Gran is expected to return at the next meeting on June 11."
You can try and dirty my name, but I'll wear your hate like war paint
Top

I sure wish I could find the news article I read saying that the Mayor had to tell Gran she was to be at the meetings. I totally remembering reading it. I suppose it wouldn't matter as news articles are probably gossip too.
Top

Pookybear, perhaps you are referring to a statement from the "Citizens for Responsible Community Planning".

Upon returning to council Gran offered no explanation for her lengthy absence, so I presume that she was taking one of her frequent holidays. After another such holiday recently, Gran asked council to reconsider the item of recommending to the Agricultural Land Commission that the land use within the ALR be changed to allow for a par-3 golf course on Benvoulin Road. It was good of her to not ask for any special consideration at her most recent return to council.

Having reviewed the attendance record of Coun. Gran since January 1, 2006, I am wondering why she ran for council at all as she has missed one of four council meetings in the 17 months since. Gran along with the frequently absent Andre Blanleil together account for 80% of all council member's absences in that period. I hope that both Gran and Blanleil start to take their elected duties more seriously or not run for re-election."
Top

I read this and thought a castanutter's grandma was running for council.
Top

carol gran wrote: I am running because I care, don`t need the
money and have never been reprimanded by the Mayor, yes I did take
one three week holiday in May of 07 to visit family. Have a nice day.

sjkean wrote:It was good of Councillor Carol Gran to return to her duties of attending city council meetings on June 11th after an absence of a full month. A few weeks ago Coun. Gran had to be reminded by the mayor of her statutory obligation to attend city council meetings.

Personally, if my boss had to "remind" me of my duties, I'd consider it a "reprimand."
"I don't even disagree with the bulk of what's in the Leap Manifesto. I'll put forward my Leap Manifesto in the next election." - John Horgan, 2017.
Top

Okay people, Gran has a proven record with a political party that we all wish were still in existance! Or at least i do. Does anyone ever need a time away from work for family? Gran has proven herself over the years and now she is trying to help our community strive to do its best. I believe in this candidate and she knows what she is talking about. Stop looking at the small stuff and look at the bigger picture here!
Top

You cannot multiply wealth by dividing it.
Top
15 posts • Page 1 of 1