With the ink barely dry on a fiscal update that shows significantly larger deficits that previously forecast, Prime Minister Justin Trudeau dismissed concerns his government is losing wiggle room to respond whenever recession hits. “I actually disagree with those economists,” he told CTV National News Chief News Anchor Lisa LaFlamme when asked about the perceived lack of caution, adding his government has “the firepower necessary if we do hit rough waters.” Watch for that wide-ranging conversation this morning on The Open. And if you missed it, check out Amanda Lang’s interview with ex-Parliamentary Budget Officer Kevin Page, wherein he described the Liberals’ fiscal plan as “weak.”

crookedmember wrote:Would that be the same Kevin Page who advised Harper (worst economic performance of any PM since RB Bennett) and now runs a not-well-regarded right-wing think tank? We're supposed to take a Harper appointee seriously? For real?

You do have a habit of deflecting to Harper, but why not stay on topic and tell us what you think of t'he Trudeau/Morneau fiscal plan.

Back on topic, all of Canada's top economic minds agree that the country has been put in a precarious position by Trudeau's unbridled, vote-buying spending. When you max out your credit cards, then get put on part time because business goes in the tank, you're in deep trouble. The poor performance of Canada's stock markets relative to her peers also shows how those who analyze the fiscal condition of the country agree that Trudeau's grand scheme isn't a plan at all.
Last edited by ferri on Dec 23rd, 2019, 9:16 am, edited 1 time in total.
Reason: Off Topic
ΜΟΛΩΝ ΛΑΒΕ

If Trudeau's plan is spending all our money on virtue signaling, and making the largest carbon footprint possible in the process, he's succeeding.

I find it difficult to reconcile elitists pleading for reduced carbon emissions with the huge spew they made to show up for a drunken party.

Is there a reason, other than Trudeau's complete stupidity and hypocrisy, for stuffing the room full of Canadian fart catchers?

How does this equate a spending Canadian taxpayers' money wisely? How many more catastrophic wastes of money can our poor taxpayers afford?

“In 2015, Canadian taxpayers shelled out big bucks to send delegates to the Paris conference, including $1 million for the federal delegation alone and $12,000 in meal expenses for three federal bureaucrats,” said Wudrick.

“In 2019, it doesn’t seem like the government learned its lesson because it sent another supersized delegation to COP25. If the Americans and Australians can get the job done with smaller delegations, why can’t Canada?”

The full price of the Madrid trip and the amount of carbon emissions produced by the Canadian delegation has not yet been disclosed.

Be sure to read Justin Trudeau's new autobiography: Sunny Day Sketches of a Small Mind
Top

The cost to Canadians for this budget will be paid for generations. It's odd that supporters feel it's a good thing.
The virtue signal is strong my friends.

Now, off to Costa Rica I go!
Top

Economics was not my specialty but I have always thought that when a country is in a recession, that's when governments spent tax dollars, boosting the economy. Isn't that what Harper did when there was a worldwide recession while he was in power?

So now the economy is doing okay, and the feds are spending like drunken sailors. Why?
If a recession happens along during the current Liberal term, what's their plan for spending? Even more?

Crookedmember seems okay with the current deficit spending, so maybe he can enligjten us.
February 14, 2022. The day Democracy died in Canada.
Top

Gone_Fishin wrote:Back on topic, all of Canada's top economic minds agree that the country has been put in a precarious position by Trudeau's unbridled, vote-buying spending. When you max out your credit cards, then get put on part time because business goes in the tank, you're in deep trouble. The poor performance of Canada's stock markets relative to her peers also shows how those who analyze the fiscal condition of the country agree that Trudeau's grand scheme isn't a plan at all.

Let's also get back to facts.

Canada's economic growth is second only to the US in the G7, and we did it without running trillion dollar deficits. 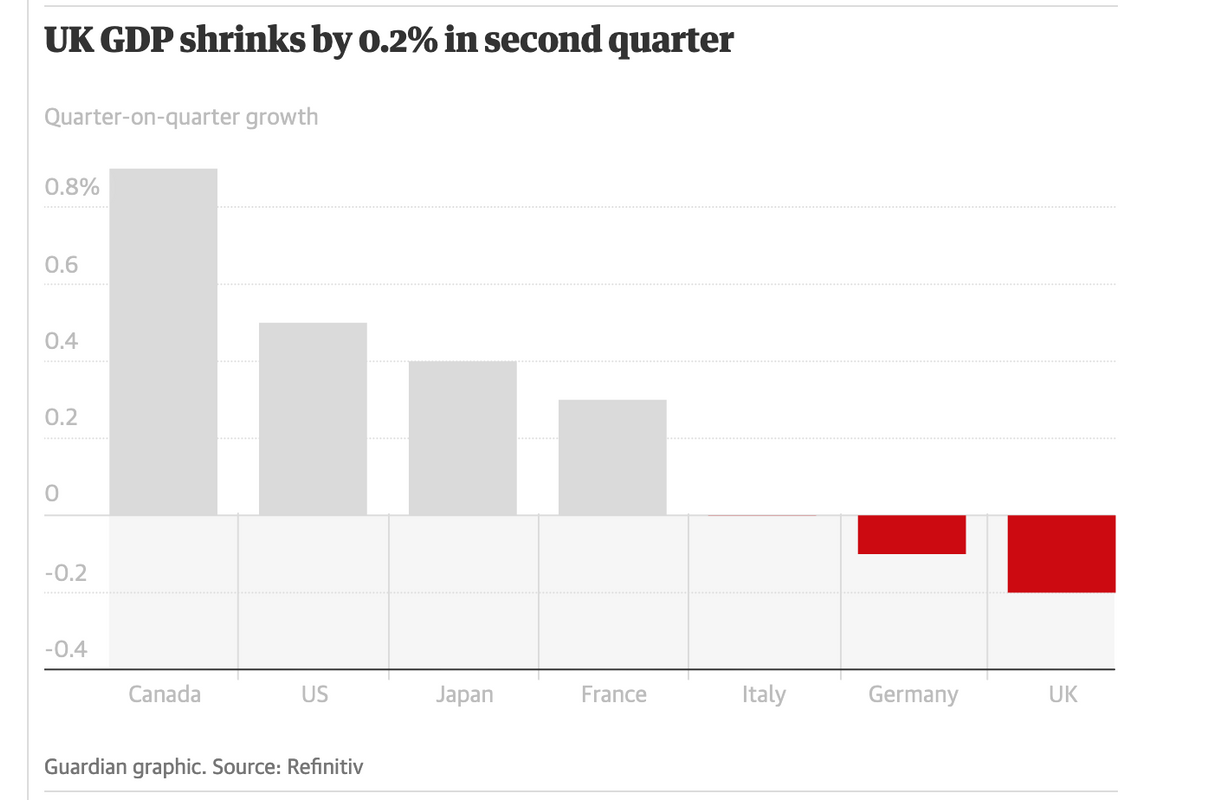 In spite of our resource based economy, stock market performance is solidly mid-pack in the G7.

As for your suggestion that Kevin Page is a "top economic mind," LOL! you owe me a new keyboard.

Conservatives are experts on recessions only in that they have given us so many of them.
All posts 100% moderator approved!
Top

Let's also get back to facts.

and the facts are this - Trudeau has no plan, and the Liberals are drunken sailors. What an embarrassing time to be a Canadian.
Justin Trudeau- racist, elitist, liar. What a sick piece of garbage.

This is just one more denial thread from the Reform rump crowd. They continue to deny that Canada has no spending problem, just a structural revenue deficit that the Reform twerps created.

Last edited by Catsumi on Dec 23rd, 2019, 5:31 pm, edited 1 time in total.
Reason: Off topic
The middle path - everything in moderation, and everything in its time and order.
Top

Pierre Poilievre weighs in with some Christmas greetings and a marvelous discussion about Justin's new "plan" for getting that damned budget to balance itself. If we don't have the money, just throw away our bills and spend more! Kewl!

It's deja vue all over again ten years ago:
Mr. Page's first report was stonewalled for months by (you guessed it) the Conservatives. It estimated the cost of Canada's role in the Afghanistan war at close to $18-billion - more than double the government estimate of just over $8-billion, wow double. When Finance Minister Jim Flaherty assured us last November that we could expect a small surplus this year and balanced budgets into the future, Mr. Page warned us that large deficits were coming, and he was right.

When the government brought down its January budget, it promised that deficits would be held to $64-billon over two years, yet Mr. Page estimated the deficit would likely reach up to $105-billion over the next five years. Since then, Mr. Flaherty has been dubbed the Fifty Billion Dollar Man for his expected deficit in this fiscal year alone.

It's amazing what happens when you reduce revenues by chopping 2% from the GST, but have "no strong fiscal plan" to cut spending to make up for the reduced revenues, and in addition waste billions more on a useless foreign war. But I guess we're not gonna see Skippy Poilievre address this in his dubious facebook post.
All posts 100% moderator approved!
Top
10570 posts